Sidi Bouzid, an Egyptian intifida, and why Mubarak's plane may be waiting 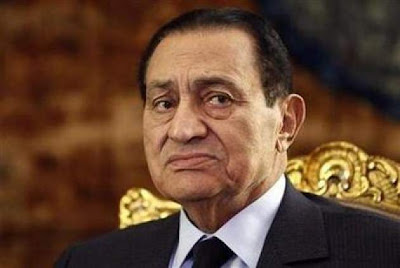 If Egyptian president Hosni Mubarak thought that his country was insulated from last week’s remarkable events in nearby Tunisia, a quick glance at twitter would have set him straight. Ousted dictator Zine al-Abedine Ben Ali had barely left the airstrip when news of his departure began clattering around Egypt’s vibrant online community, and it didn’t take long for dozens of unflattering messages to go viral. “Tell Mubarak a plane is waiting for him too,” read one. “I send my sincerest condolences to President Mubarak for the ousting of his brother, his identical copy, his relative, his apprentice who exceeded his master. May God show us similar outcomes for our despot,” said another.

But could the so-called ‘jasmine revolution’ really spread east towards the Nile?

Egypt certainly boasts many of the same conditions that helped tip Tunisia into an intifada, including rising prices, widespread unemployment and decades of oppressive, single-party rule. This week no less than nine Egyptians attempted to set themselves on fire – apparently in an effort to replicate Mohamed Bouazizi, the Tunisian whose self-immolation provided the spark for his own regime’s downfall. Amidst rising public anger and growing panic at the top, the Egyptian authorities quickly flagged up a series of crowd-pleasing ‘poverty-reduction’ measures and were forced to deny that the country’s Supreme Defence Council – summoned only in national emergencies – had just been convened.

“[The self-immolations] are an attempt to imitate things that won’t happen in Egypt,” claimed the Finance Minister, Youssef Boutros-Ghali, as international investors took fright and Cairo’s stock market dived. “Egyptians are different from Tunisians.”

Any parallel uprising in Egypt would have an electrifying effect on the Middle East; at 80 million, Egypt’s population is eight times larger than Tunisia, forming the biggest nation in the Arab World. And as a key western ally – despite his penchant for torture and human rights abuses – any threat to Mubarak would be viewed with trepidation in London and Washington, particularly because there is a widespread belief that Egypt’s political Islamists, the Muslim Brotherhood, are waiting eagerly in the wings.

Concern about what might replace the current regime is one of the reasons why some analysts believe events in Tunisia are unlikely to be replicated here. “I think that while the grievances in Egypt may be similar to Tunisia, the framework is quite different,” says Issandr El Amrani, a prominent blogger on Egyptian politics. “First you have a higher degree of fear of the chaos that might ensue from an uprising, especially amongst the elite. Secondly it's hard to see the army intervening against Mubarak. Thirdly you have a much worse societal anomie than in Tunisia, but yet at the same time there are greater opportunities to vent frustrations.”

But with nationwide anti-government demonstrations scheduled for this coming Tuesday, no one should be placing bets on the status quo. “One could see a ‘perfect storm’ of domestic and regional events that would lead to a real street uprising in Egypt,” adds El Amrani. “You never expect the Spanish Inquisition, after all…”
Posted by Jack Shenker at Sunday, January 23, 2011