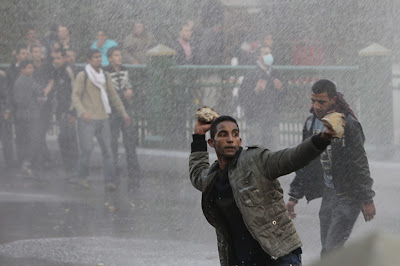 I listened to your audio. Your report was impecable. So are your articles. Keep informing and congratulations for the good work.

Jack, you are a very brave man, thanks for being there and trying to enlighten us. I'm Egyptian and I'm very pissed off with our stupid media and the massive shrtage on covering the biggest event in Egypt for years. The western media should also be paying more attention to what is going on , we need to tell the world that we have been attacked, hit and detained in OUR country.

Thanks a lot :)
Motaz